Despite the Corona pandemic, business is booming for electronics companies in Europe. An outlook on the year 2022 based on current technical developments.

In recent years, many European companies have outsourced their production to Asia. They have reduced their warehouse capacity moved it on the road (respectively in the air and on ships) through just-in-time deliveries. With the supply crisis, companies are now making their supply chains more resilient, rebuilding warehouse capacity and bringing some production back to Europe.

The European Union is fostering microelectronics through the IPCEI projects (Important Projects of Common European Interest). In total, 90 European companies are participating in these projects, originating from 20 EU member states. Germany’s part consists of 32 individual company projects with an investment volume of more than 10 billion euros. The projects aim to establish modern chip factories and to develop high-performance and energy-efficient microelectronic components up to the start of mass production.

Climate change places a major demand on the economical and societal transformation. Digitization will play a major role in improving efficiency and boosting efforts to save CO2. Many companies are setting themselves the goal of becoming CO2 neutral in the next 5 to 10 years. Bosch, for example, has announced that it is CO2 neutral already since 2020. This can be achieved temporarily through compensation measures, which can be reduced in the coming years through investments such as in renewable energies and energy-efficient buildings.

It is especially the energy-hungry sections of the economy, which are affected by CO2 reduction, like the energy, the transport and the heavy industry sectors   . Also, the new German Minister for Economic Affair and Climate Actions wants to designate two percent of the country's land area for the construction of wind power plants. An obligation to install PV systems on the roofs of new buildings is under discussion.

According to a report by the nonprofit Transport & Environment, 38 battery gigafactories were built or planned in Europe and the United Kingdom as of May 2021. If all of these go on line, they could supply battery cells with a total capacity of 462 GWh by 2025, and 1,144 GWh by 2030. This could give Europe a 20 % market  share of global cell production by 2025, putting it in second place after China.  A total of 46 companies and research institutes from twelve EU member states are involved in the second major IPCEI project (IPCEI on European Battery Innovation, EuBatIn). Two other member states are associated partners. The German Federal Ministry of Economics and Technology is coordinating this overall European project.

The International Telecommunication Union (ITU-R) has included DECT-2020 in its "IMT-2020" recommendations as part of 5G. DECT-2020 is a radio standard developed in Europe that has is not derived from cellular communications. The European Telecommunications Standards Institute's (ETSI) DECT-2020 standard is an example of future networks: designed for massive IoT, DECT-2020 networks do not require infrastructure, operate autonomously and are decentralized. DECT-2020 networks have no critical components that can cause critical failures and act as single points of failure. They cause a fraction of the costs of cellular networks and have their own globally usable spectrum.

Also, the race around the novel Low-Power Wide Area Network (LPWAN) technologies is getting increasingly intense. In addition to the existing contenders from NB-IoT, LoRa/LoRaWAN and SIGFOX, the MIOTY Alliance is ramping up its activities with their promise for higher stability and scalability of the wireless networks.

With the move towards Industry 4.0 and Industrial Internet of Things (IIoT), protection against cyber threats is becoming increasingly urgent. As recently as December 2021, the security vulnerability in the logging framework Log4j clearly demonstrated this, especially as it also affected cloud services. Both the protection of the network against unauthorized intrusion and the protection of software and know-how against spying require comprehensive measures.

At the same time as the threats are increasing, however, the opportunities for countermeasures are also growing – through know-how protection and secure licensing of software as well as through firewalls and intrusion detection systems, network segmentation, identification/authorization/authentication and other measures, including organizational changes at the network level. Cybersecurity experts like those at Bitdefender predict that trends this year will include "utility structures and supply chains will be the focus of attacks, as will the IoT, while ransomware will remain the most profitable form of cybercrime this year, with an increase in ransomware-as-a-service." Machine learning (ML)- and artificial intelligence (AI)-based techniques are also expected to be increasingly used as a countermeasure.

With the Gaia-X project, the European Union is creating a framework for trustworthy cloud infrastructures in accordance with European data privacy standards. In February 2021, the official umbrella organization Gaia-X AISBL started its work, in May the 300th member was welcomed and in September the technical core of the Gaia-X architecture, the Federation Services, was released. For Gaia-X and its members, 2022 will be all about implementing these services in use cases for sovereign data exchange and secure, data-based services. One example is the automotive network Catena-X, which aims to increase productivity and traceability in the automotive industry via a data-transparent supply chain from supplier to manufacturer.

Vision technology is increasingly going embedded: many applications that until recently required separate vision PCs or even specific computing systems can now be covered by embedded computing. What's more, embedded vision systems can be easily integrated into machines and devices such as robots, vehicles, and industrial machinery. From board-level cameras to systems on modules based on current systems on chip, all the necessary components for high-performance embedded vision systems are now available. The trend this year is towards even more compact and at the same time increasingly powerful systems based on current GPUs as well as processing SoCs with FPGA and CPU. 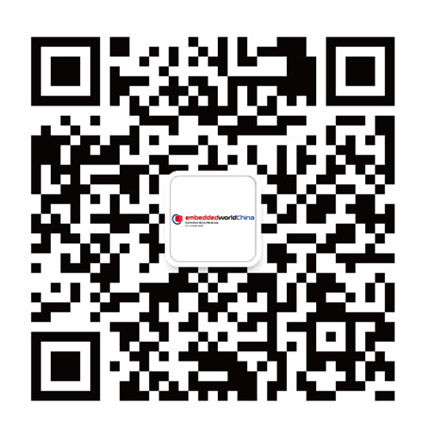